The "Internet Of Things" is leading to a tremendous change in the world by enabling connection of devices, sensors and appliances with huge exchange of data. This requires new learning verticals for the performance testers to evaluate the performance of any IOT eco-system.

Market Trend of 'Internet of Things'

The needs of society we live in are changing with emerging decision making solutions based on real time information from IoT devices and applications. The market requirement of IoT is more likely to increase in near future. According to CISCO's predictions below, 50 billion things will be connected to the Internet of Things (IoT) by 2020. 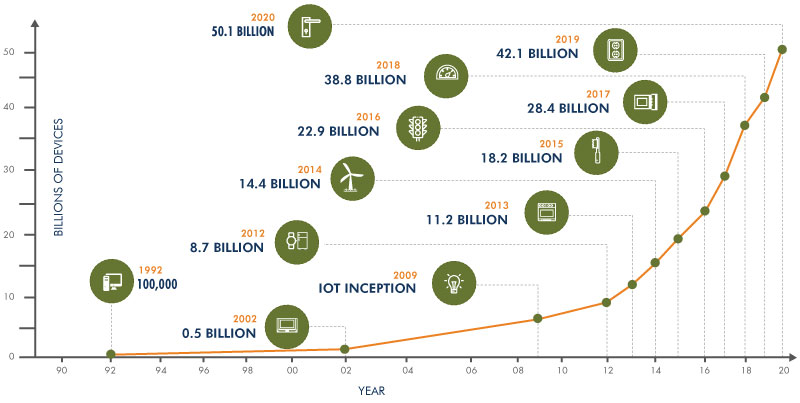 Like any other software application, the IoT ecosystem also needs to undergo performance testing in order to identify the bottlenecks which could lower its overall performance.

Performance testing plays a major role in ensuring that the interconnected devices in an IoT ecosystem work well for all kinds of networks and loads. 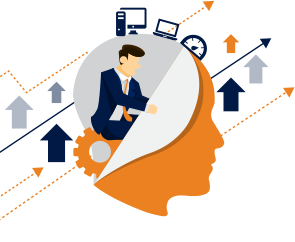 The most common types of performance tests for IoT applications are:

Things To Know Before Performance Testing An IoT Application

Knowledge about functioning of Embedded Systems/Hardware/Sensors

Network monitoring and sniffing tools to intercept communication between devices

Food For Thought: Is WoT The Future Of IoT?

The existing load testing tools have already evolved to a great extent to support TCP/IP protocol based applications. But when it comes to the performance testing of IoT system that involves combination of IoT protocols such as MQTT and CoAP, it ventures as a challenge for performance testers. This is mainly because only selected tools provide support for these protocols.

This challenge can possibly be resolved when IoT systems become compatible with existing standard protocols such as HTTP(S), WebSockets, FTP, SMTP, etc. This is evolving as a new approach, the Web of Things.

We would love to hear your feedback, questions, comments and suggestions. This will help us to make PerfCast better and more useful next time.
Share your thoughts and ideas at knowledgecenter@qasource.com