A Complete Guide to Alpha Testing 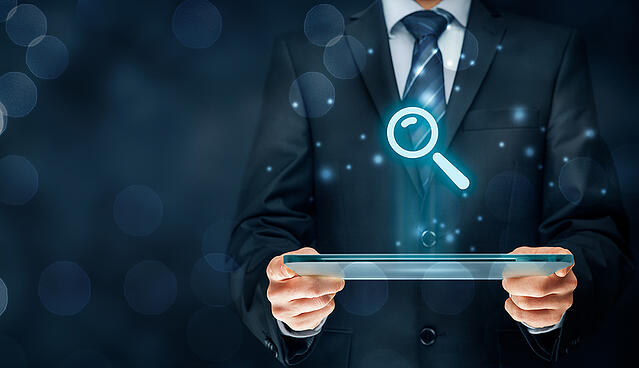 Beta testing, more commonly known as Soft Launch, is often prioritized by many companies, since few end users test the software, following which it is released to the audience. However, alpha testing plays a crucial role as well. It gives developers an opportunity to identify and address critical issues, so they don’t reach the final stage of the product.

What is alpha testing in software engineering? To give you a better understanding of the term, this guide will define alpha testing, talk about its importance, and discuss how it differs from beta testing.

What Is Alpha Testing?

The phrase alpha testing in software engineering is a type of testing done to identify bugs in the current state of a developed system. It is used to pinpoint bugs before developers release a software product to the public.

Some experts see alpha testing as a form of acceptance testing. No matter how one looks at it, the primary objective of alpha testing is to ensure that any glaring issues are addressed in the software product before it is sent to the next phase of development.

Alpha testing is often performed at the developer’s site where users are observed and problems noted. It is also usually done by a group that is separate from the design team yet within the same organization. This could be a team of in-house software QA or test engineers.

Why Do You Need Alpha Testing?

Beta testing follows alpha test. Alpha testing is necessary because it irons out many obvious problems to make a software ready for a beta test.

The problem with many companies is that many of them believe they can resolve the same problems in the beta stage altogether. Skipping alpha testing is a common mistake and usually results in major issues that make it difficult to move forward.

Most of the time, developers need to send the product back to the initial development team to address these concerns. This back-and-forth process can easily lead to delays, wasted time, and misspent resources that the group could have used elsewhere.

The unique selling point of alpha testing is that it combines the use of both employees and the company’s customers. Doing tests using internal manpower lets different departments give the software product a try and share unique insights while improving collaboration.

It also allows customer service teams to prepare beforehand as to how they can deal with questions and concerns about the product prior to release.

Meanwhile, alpha testing with actual customers allows developers to obtain in-depth insights into how their software is used in various ecosystems. It also lets them identify gaps in their testing process and improve on these weaknesses before moving forward.

Who Is Involved in Alpha Testing?

Alpha testing in software development is performed by the following teams:

However, when alpha testing is complete, it doesn’t mean that the application is ready for use. It only means that the main problems have been addressed and that the product can move on to the next stage, which is beta testing

Example of the Alpha Testing Process

The most common place where alpha testing occurs is within a test laboratory environment using a distinct system. The approach entails having a project manager collaborate with developers to define the objectives for the test. The manager is also responsible for incorporating the results within the changing plans.

One can think of alpha testing as a product in the prototype phase where major flaws and missing parts are fixed immediately. This means that in-depth reliability, installation, and documentation tests aren’t included here.

As with anything, the ideal alpha test needs to have a well-made plan in place. This should be paired with comprehensive test cases especially since it involves several activities that can make the whole process complex if not planned ahead.

It’s important to reiterate that the output after alpha testing isn’t final or fully functional yet. However, QA teams need to make sure that the product they have afterward should have undergone thorough testing before it is sent to the customer for their turn to give it a try.

The best practice here is to obtain extra information ahead of time such as the intuitiveness of the software, functionality, navigation setup, and more. Additionally, customers joining the alpha test should be made aware of what they should expect with the current status of the software.

What Is Beta Testing?

Beta testing may sound the same as alpha testing, but instead of developers and select customers, actual users get to test the application within a real environment. Most of the time, beta testing is considered a part of external user acceptance testing due to how it works.

Before a product is launched, it undergoes beta testing as its final test, which will be performed primarily by the customers. A major benefit of going through a beta test is that customers get to provide direct feedback on the software.

When beta testing takes place, an early version of the software is handed out for trial to a select number of users. This allows developers to obtain crucial feedback on how their product works so far.

Good beta testing can lead to a significant reduction in failure risks while ensuring that the quality of the application has been verified by actual users.

As you’ve already read, alpha testing and beta testing are two different types of testing in software engineering. Both ensure that the final product is completed within the appropriate deadline while incorporating all features expected of it.

In the table below, we’ll look into the primary differences between alpha testing and beta testing. Although this isn’t a complete overview of their distinctions, it is to provide readers with a better understanding of how each works.

These are the differences when comparing alpha testing vs beta testing:

Alpha testing plays a crucial role in software engineering as it helps identify many glaring issues that can easily delay projects if left unchecked early on.

With alpha testing added to the process, development teams can leverage the following benefits:

Despite the numerous advantages of alpha testing, performing it is another matter. It’s not easy to ensure that the whole process goes as planned since it requires in-depth expertise and experience.

At QASource, we specialize in providing companies with quality assurance solutions, so they can produce high-quality software on time. We can assign you a team that will ensure your software testing requirements are met.

What is Alpha testing?

Alpha testing in software engineering is a type of testing done to identify bugs in the current state of a developed system. It is used to pinpoint bugs before developers release a software product to the public.

Why do we do Alpha testing?

Alpha testing allows developers to identify and address critical issues, so they don’t reach the final stage of the product.

Who performs the alpha testing?

Alpha testing is performed by the following teams:

What is an example of alpha testing?

The most common place where alpha testing occurs is within a test laboratory environment using a distinct system. The approach entails having a project manager collaborate with developers to define the objectives for the test. The manager is also responsible for incorporating the results within the changing plans.