The 2019 Guide to Automation Tools 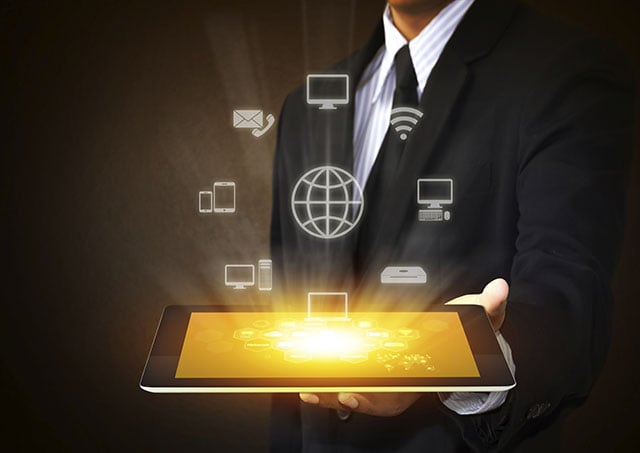 Automation has given the quality assurance process a much-needed injection of speed. By taking responsibility for every aspect of the QA phase out of the hands of manual testers and turning it over to efficient computer test scripts, automation allows us to:

Automation testing is now a $7 billion market that is expected to almost triple in value over the next five years. The number of companies and products available to product developers is almost too big to manage.

To help you make an informed decision about which automation tools are best suited to your product, we have put together a list of 2019’s leading applications.

How to Choose a Test Automation Tool

Outsourcing your QA automation testing is far more efficient than building out an in-house team. Be rewarded with:

Domain Expertise - Get the benefit of dedicated, highly trained domain experts who know the languages, environments, and regulations of your industry.

Easy Scalability - An external team can instantly ramp up your team’s strengths and resources ahead of release without long-term investment.

Lower Costs - QA outsourcing helps you cut costs and divert your resources to other areas; outsourcing overseas can reduce your QA spend by 50%.

More Efficient Production - You can create 24-hour operations with tests performed overnight and results ready for your engineers in the morning.

The sheer volume of available automation testing tools can be overwhelming - which is why we recommend you outsource your QA process and work together with an automation expert to find the right solutions.

You can better focus your search by establishing the terms of your ideal product. Every automation tool has its advantages and limitations, and by considering the basic elements below, you can sort through the mass of automation offerings.

Select a tool that supports all the different types of automated testing you need. Companies tend to focus on functional testing (e.g., smoke, sanity, and regression testing), but there is a range of non-functional tests that can be automated, including compatibility, load, stress, security, and API automation testing.

Again, you are best served by finding a tool flexible enough to support all the applications and platforms you target: Desktop, web, client server, mobile-based applications, and others.

Level of skill and experience required

Some automation test tools require advanced proficiency in at least one language in order to succeed. Support for simplified test cases, model-based and page-object based, BDD, and codeless automation lets you involve more of your team in the test process.

If you don’t have the right automation test framework, your test will be brittle and may break. Your test team must be able to apply a range of automation tools and technologies to your product in order to realize its unique potential. That means taking an agnostic approach and designing a framework with the necessary locators, hooks, utilities, and reusable actions to automate features within your application.

The purpose of any automation tool is to report whether a test case is passed. The best automation tools go beyond that basic information to help diagnose defects and root causes, test effectiveness, and more.

The right tool should generate automated test cases that can be easily amended and reused. This simplifies maintenance and, along with the provision of detailed failure logs, makes test management easier.

Cost of licensing and support

Is the tool worth the cost? You have to justify both the license cost and the expected extras along the way, including support and compatibility add-ons. Do not let software fees become a slow drain on your testing budget.

Manual testing can be crucial to:

Other criteria to consider include use for browsers, PDAs, OS versions, application versions and legacy app support.

Keep all of this in mind as we take a look at some of the leading test automation tools.

The following seven test automation tools are presented in no particular order - the “best” option is the one that best suits your QA testing requirements.

The table below offers a brief glimpse of the leading options available to you. For more detailed information check out each automation tool in turn.

Our 2019 guide to automation tools begins with a veteran of the open-source era.

Selenium’s cost-free versatility has kept it among the most popular automation services for more than a decade. It now controls more than double the market share of its nearest rival.

Keep in mind that the most popular products by market share (below) aren’t always the best.

Selenium has stood the test of time. The open-source automation tool has been around for 15 years and is among the most popular products of its kind. As a web application testing tool, its strengths lie in its versatility:

There is a downside to Selenium. As an open-source product, there is little support or reliable bug detection, and engineers have to be fluent in at least one of its languages in order to optimize performance.

One of the most comprehensive automation solutions currently available, the SmartBear product allows you to create, manage, and run tests for desktop, web, or mobile client software. It is a codeless tool (requiring minimal expertise) that supports data-driven, keyword, unit, and functional testing. There is also an impressive range of languages available, and it comes with a built-in editor. On the negative side, you are limited to Windows OS-though, that is a common limitation of automation tools.

TestComplete is an expensive tool with an individual license cost of over $4,500. Consider it a prestige tool with advanced support, maintenance, and updates.

Offshore testing can be a powerful addition to your DevOps process. It can become an extension of your core team and provides efficiencies in delivery, cost, resources, and release cycle scalability.

By going offshore, you can employ domain expertise, conduct around-the-clock production, and enjoy the support of government and educational systems that prioritize QA testing excellence.

Microsoft’s Windows-only (and Windows phone-only mobile testing) automation tool is best suited to users of its own tool stack; outside the Visual Studio Enterprise, things get pricey. It supports C# and VB programming, and it can support parallel testing within Visual Studio.

Visual Studio 2019 is the final version to support Coded UI testing as Microsoft encourages users to take up Selenium.

Formerly known as QuickTest Professional (QTP) the MicroFocus product has been highly praised by Gartner. It supports web, mobile, and desktop applications, but it operates only in Windows environments and uses only VBScript. Less expensive than TestComplete, it costs around $2,500 per license.

UFT helps record and automate actions on a web or client-based app and test them across user accounts, data sets, and browsers. It also makes manual tests easier by allowing them to be recorded and exported into automation.

This GUI framework can test across mobile, web, and desktop applications (although it is only for Windows on a desktop). It doesn’t support any specific language but rather uses Microsoft’s .NET platform to accommodate programming in vehicles such as C#, VB, PHP, Java, Python, Haskell, and Perl. That kind of versatility comes at a cost of around $2,800 per license and usually puts Ranorex in the exclusive big-business end of the market.

The GUI testing ability is a rare commodity among automated services as visual interface testing is usually delegated to manual testers.

A versatile Windows-based tool, Telerik can be used to test web, desktop, and mobile apps. It can automate tests for a broad range of technologies, including HTML5, AJAX, JavaScript, Silverlight, WPF, MVC, Ruby, PHP, iOS, and Android. It also supports two languages, C# and VB, and can be used with Chrome, IE, Safari, and Firefox browsers.

It has a robust reporting mechanism and can execute tests in parallel. It is designed to automate functional, performance, load, and mobile testing.

The web and desktop package costs around $2,500 per license, and it is well supported and maintained.

Another GUI test automation tool, this froglogic product is all about cross-platform and cross-technology application. It supports all mobile, desktop, web, and embedded platforms. It is used with apps based on Qt, Java SWT/RCP, Java Swing, MFC/.NET, Web/Ajax, iOS, and more.

As with Ranorex, Squish’s main advantage is that it lets you automate and accelerate the visual elements of the user interface.

You will have to contact froglogic to get a license cost in $US, but you can expect it to be on the higher end of the market.

The most popular mobile automation test tools ranked by market share are:

Successful mobile automation testing is all about versatility. Your application is going to have to perform across a range of handsets, carriers, and OS. To meet those rigors, you need an automation tool that is as robust and reliable as it is fast and efficient.

Many of the products on this list are open-source variety. This reflects the continuing development of the field and the evolution of its test applications.

One of the most popular open-source tools for mobile testing, Appium is able to cover both iOS and Android applications. It uses the Selenium interface and library and so it can support many languages, including C#, Java, and Ruby.

A simplified, open-source product that provides testing in the user-friendly Ruby coding language, Watir is nonetheless popular among small and large businesses alike. However, it is primarily for web automation; it can automate only HTML5-based applications for mobile browsers. As with all the open-source tools on this list, there is a limited community of support and maintenance staff behind the product.

An open-source tool for testing all Android versions and subversions, Robotium uses Java to test all hybrid and native apps. Designed primarily for UI testing, it can also perform system, functional, and user-acceptance testing.

The Best Automation Tools of 2019

The list above is far from exhaustive. There may, in fact, be better value out there for your specific product. That is why it is important to consider outsourcing your QA process and the search for an automation solution.

Working in combination with an expert QA partner allows you to capitalize on expert automation testing expertise without having to take on additional long-term resources. You can rapidly scale up your testing process in tune with your release cycle, confident in the knowledge that your external experts will select the perfect automation tool for the job.

QASource’s dedicated team of more than 400 engineers are automation experts. Equipped with more than 1,000 years of combined experience and having automated more than 1 million test cases, they can show you how to pair your product with the perfect automation tool. Let our QA experts guide you through all test tool options with a Free Quote, or call +1.925.271.5555 today.