Smartphones today have evolved from merely a communication device to a multi-functional tool which makes life easier. A study by Statista reveals that 4.93 billion people use smartphone applications for daily needs, banking, video streaming, antivirus, and much more.

This outspread of smartphones creates the need for effective performance testing of mobile applications. For example, if a person is seeking help through a healthcare application to call an ambulance, the slow responding application could lead to loss of life.

“Only conducting performance testing at the conclusion of system or functional testing is like conducting a diagnostic blood test on a patient who is already dead.”

LoadView is a cloud-based paid tool with multi-browser support and advanced scripting in 40+ mobile and desktop browsers. 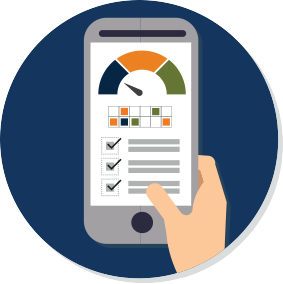 We would love to hear your feedback, questions, comments and suggestions. This will help us to make PerfCast better and more useful next time.
Share your thoughts and ideas at knowledgecenter@qasource.com