Robotic Process Automation is one of the top trending technologies in year 2019 and many professionals who hear this term first time, relate it with Automation testing in QA field. So, based upon our extensive research on RPA and expertise in Automation testing, we have come-up with this newsletter to explain the functionality and scope wise difference between these two verticals.

RPA or Robotic Process Automation facilitates the creation of a virtual workforce which is used to automate  manual and repetitive tasks. RPA has evolved from three key technologies: screen scraping, workflow automation, and artificial intelligence. These software are mainly used for automating business processes by recording workflows, implementing rules on fetched data while running these workflows, and making decisions about fetched data based on predictions rooted in historical records.

According to Forbes, RPA will be one of the top 10 digital transformation trends for 2020. Also, according to Grand View Research, the global RPA market size was valued at USD 597.5 million in 2018 and is expected to register a CAGR of 31.1% over the forecast period.

Let’s see the differences in architecture between RPA and automation testing tools. 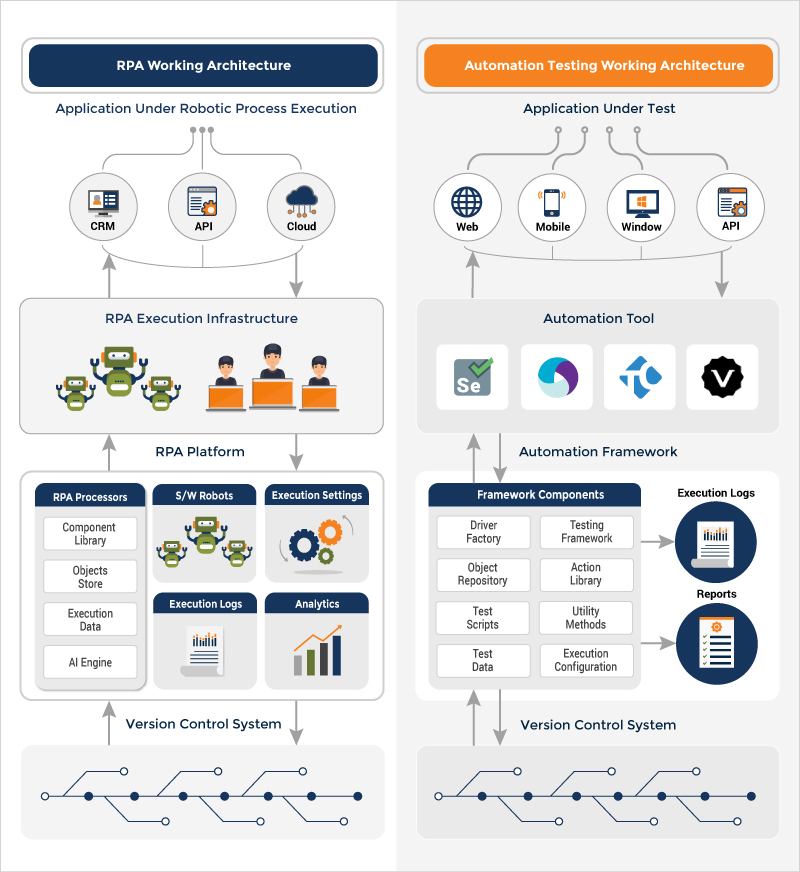 Comparison Between RPA And Automation Testing

Although test automation and RPA share many similarities like a drive screen, keyboard and mouse, here are some key differences between the two: