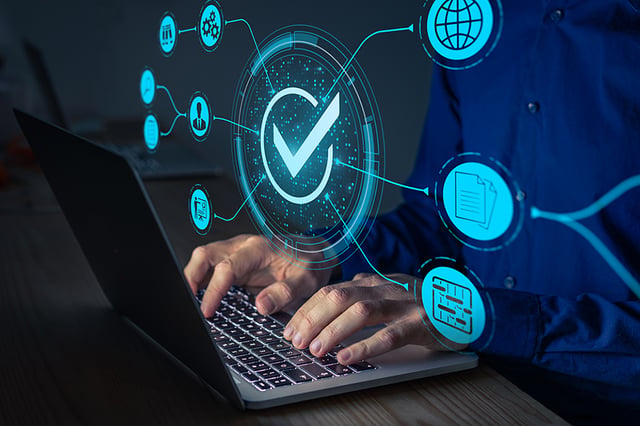 One way to avoid this is by implementing shift left testing. If you want to improve your software development process, keep reading! In this article, you'll learn about the fundamentals of shift left testing: shift left’s meaning, what is a shift left strategy, as well as how to put it to use in your own company.

What Is the Shift Left Approach?

Shift Left is a movement that advocates changing the way we handle software quality improvement. In the past, we used to rely on a waterfall approach in which developers and quality assurance specialists had completely separate roles and responsibilities.

Shifting left refers to bringing the testing stage of the software development life cycle (SDLC) earlier into the process. By doing so, teams become more collaborative and share information as quickly and frequently as possible.

What Does It Mean To Shift Left in QA Testing?

Shifting left in testing and QA refers to the earlier integration of testing operations with requirements of information gathering, design, and development. Shift left takes care of issues when they arise and ensures fewer flaws later on in the SDLC.

When testing is scheduled to be performed at the very end of the development process, any issues that do appear are usually more challenging to resolve. Because all code has been written, the only way to fix the problem is to completely overhaul software and re-write the code. As a result, costs rise, and the time to market lengthens significantly.

The sooner bugs are fixed, the better. Shift left testing involves a process that allows developers to find bugs quickly and frequently. The easiest bugs to correct are those found when the developers are writing or reviewing code since these code blocks are small and easy to manage.

After being combined with the primary development branch, the scope of the code increases, as does the amount of time it takes to hunt for errors. In this approach, Quality assurance engineers will act more like specialists, providing their expertise and guidance from the start of the SDLC to completion.

By implementing the left shift testing approach, organizations can put quality as a top priority from the outset of a project and work to uncover flaws as early as possible in the life cycle. The following are some of the significant advantages of shifting left.

How To Plan a Shift Left Testing Strategy

Here are some of the things you can do to shift your software testing to the left:

In a real-life setting, a shift left testing strategy may not always be successful in delivering optimal results or improve functionality. In such cases, a shift right testing approach might help improve customer experience, allowing for test automation and ensuring improved test coverage.

With the shift right approach, you will test a fully developed and functional application to check its performance and usability characteristics. Reviews and input from specific users also aid in improving the software's quality.

How Can Organizations Implement the Strategy?

Shift left testing can be implemented in your company by following these steps.

Changes Observed after Implementing This Strategy

Here are a few things to expect if your company decides to use shift left testing.

Increased efficiency and quality have been made possible thanks to shift left testing. Each member of the shift left testing team is equally responsible for creating high-quality software. If your organization is trying to shift to the left, remember to keep what we've shared in mind. You'll be able to achieve the goal of delivering an excellent product at a faster rate in no time.

Every business wants to expand the reach of their software application to as many users as possible. Yet, so many applications never reach their potential, simply because the design or implementation of the application didn’t keep every type of end-user in mind.