In a Blockchain network, performance testing includes locating performance bottlenecks, specifying performance indicators, and determining whether the application is prepared for production. Solutions for testing financial software that operate in a public setting by effectively transferring knowledge and using quality control techniques for finance testing are incorporated through blockchain testing. 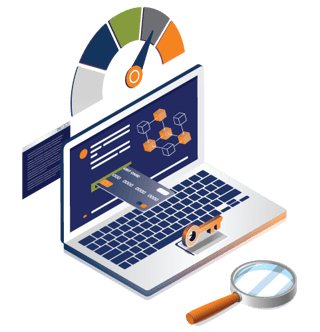 In a blockchain network, performance testing includes locating performance bottlenecks, specifying performance indicators, and determining whether the application is ready for production. One such example includes financial product testing services that are tailored to serve very unique requirements and situational aspects. Solutions for testing financial software that operates in a public setting by effectively transferring knowledge and using quality control techniques for finance testing are incorporated through blockchain testing.

Blockchain is a technology that offers applications far beyond that of secure payments. As it evolves into a platform for digital transformation, Blockchain provides a cost-saving and disruptive alternative to the record-keeping mechanisms and current centralized transactions. Wide acceptance of blockchain by various industries like finance, healthcare, retail, insurance, and many more may result in poor performance, due to multiple node validations.

Let us understand the growth of the blockchain market throughout the world with the help of the size projections by “www.statista.com” site:

Size of the blockchain technology market worldwide from 2018 to 2025 (in billion U.S. dollars)

Given these stats, the obvious conclusion is that the market size for blockchain technology will grow rapidly over the next few years to exceed $39 billion worth by 2025.

Blockchain: A chain of connected blocks using cryptography and spread over distributed ledger in the cloud.

How Does the Request Cycle for Blockchain Work in the Backend

Typically, while deploying a blockchain application, the following hosting environments are used:

Why Do You Need Performance Testing in a Blockchain Network

The KPIs To Be Monitored

Here is the list of the KPIs that can be considered while conducting performance testing of the blockchain applications: 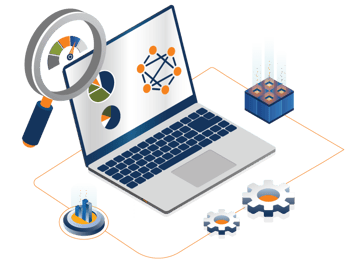 Challenges of Running Performance Tests On a Blockchain Network

As blockchain networks are a new technology, test engineers face several challenges when testing blockchain-based applications. The typical challenges are as follows:

1
Transaction Validation in the Test Environment
Transaction validation can take several minutes or even longer for a single piece of data to be stored.
2
Block and Chain Size Monitoring
Without sufficient block and chain size validation, blockchain applications could fail.
3
Lack of Standardization in Blockchain Testing
Lack of technical, standardization, operational, and legal competence is another important factor in the implementation of blockchain testing.
4
Lack of Skills
Engineers need to be knowledgeable in a variety of fields in order to create and test blockchain-based systems.

There are many tools like JMeter, NeoLoad, Hyperledger Caliper, and ELK Stack that can be used for performance testing of blockchain applications.

When performance testing blockchain applications, one can adhere to the following best practices:

The adoption and success of blockchain applications depend on their scalability and establishing trust. It is important to have performance benchmarking, monitoring, experimental analysis, and simulation which will help to cover non-functional testing aspects for a given set of configurations. To know more about performance testing services for blockchain applications, contact QASource now.